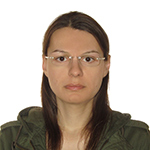 Spent many years exploring various corners of computer systems technology, down to the level of actual processors and devices, trying to understand how these systems are supposed to work, as well as how they might be tricked to work contrary to the intentions of the creators. Then moved on to work on the defensive side for nearly another decade by founding and leading the Qubes OS project. Then, after a healthy sabbatical break from infosec, she joined Golem in 2018 as a Chief Strategy Officer, and shortly after she transitioed to Golem Foundation as Long-term navigator and Wildland chief architect. 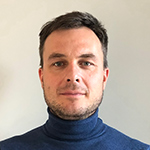 Julian is a decentralized system visionary and entrepreneur, founder, and — until June 2019 — CEO of Golem Factory. An economist by trade, he is fascinated with blockchain technology, as well as sociology and economics of decentralized systems. In the past, he was a consultant and researcher of public policies. He co-founded the Institute for Structural Research. 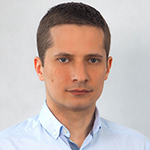 Andrzej is a passionate economist, experienced manager as well as a true believer in decentralized technologies and open innovation. He is the co-founder and former COO of Golem Factory. 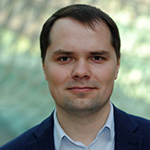 Pepesza has been coding since the age of 16, both for fun and as a job. He has lots of experience designing and implementing resilient networked services. Around 2010, he got interested in everything p2p and privacy and then in cryptography and game theory in 2013. He worked on golem.network and omisego.network. In Wildland he is responsible for the Ethereum-facing components of the project. 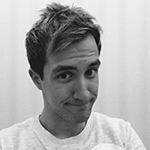 Michał is a backend web developer, infrastructure engineer and devops consultant. His main focus has been on building scalable, performance-sensitive, and highly distributed applications. In Wildland he is involved in the development of the Wildland client’s core. 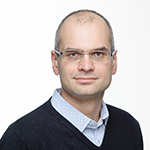 Piotr has over 20 years of experience in IT, including system administration, software development, architecture, education, and management roles. He has led, delivered or contributed to more than 18 software projects, focusing mostly on mobile platforms. He spent the last 5 years in healthcare R&D. In Wildland he is responsible for macOS and mobile client architecture and development.

Patryk is a software engineer with a passion for Linux and Open Source. He has worked on a number of Linux-centered projects, ranging from developing a network software for residential cable gateways to LizardFS, which is an Open Source distributed file system. He holds a master’s degree in Computer Science from the Warsaw University of Technology. In Wildland, he is responsible for the development of the core functionalities of the project. 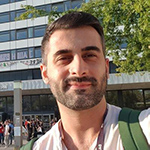 Muhammed is a Senior Software Engineer, with a focus on decentralized web and self-governing organizations. Alumnus of Warsaw University of Technology, Artificial Intelligence master program. He previously worked in the Golem Project and he is co-founding Almonit Organization. In Wildland he is responsible for the Web Application and Ethereum dApp development.

Marek is an experienced system architect and Linux administrator. He specializes in security, virtualization and high availability. He has designed many security-oriented systems based on various different technologies — from simple passwords and keys through OTP to advanced multi-factor solutions based on tokens, cryptographic cards and biometrics. He also has accomplishments in the field of attacks on contactless cryptographic cards. His work as an active open-source contributor can be found in projects like Linux kernel, Linux-HA, Xen, and, of course, Qubes OS. Marek holds a master’s degree in computer science from the University of Warsaw.

Michał is an experienced technology project manager. He has been a partner in several technology commercialization projects, where he has facilitated interactions between scientific and technical teams, and he has experience as a business development manager for hardware security devices, including smart cards, tokens, and hardware security modules (HSMs). He was the coordinator of the European Union project for the Cities of Scientific Culture in Warsaw, Poland and a working group member in the longest-running European framework supporting transnational cooperation among researchers, engineers, and scholars across the continent. He has supported public environmental protection and climate change initiatives and consulted on the building and processing of large spatial databases. Michał has a Ph.D. in Physics from the University of Warsaw.

Michał is a reverse engineer interested in cryptography and low-level hacking. He analyzes random things just to check how they work. He is currently working at Invisible Things Lab on SGX-related projects. He consults on security related issues in Wildland.

Paweł is a software engineer with web and systems programming experience. He specializes in refactoring and project migrations. He contributes to Qubes OS and Graphene project and served as the CTO in Codility. In his free time, he develops games. Paweł holds a Master’s degree in Computer Science from the University of Warsaw. In Wildland he works on the client and FUSE driver.

Marta is an experienced Python developer, database admin, and analyst. After some years of corporate work in the IT sector, she worked on Qubes OS, particularly on usability and user interfaces. She has a degree in psychology and math from the University of Warsaw. In Wildland she is working on synchronization, encryption, and general backend architecture.

Wojtek is an experienced Linux administrator with a strong background in Python and some hardware hacking. When not doing admin or dev stuff, he conducts training for others (mainly on Linux administration, security, and Python development). He is a husband and dad of 2 daughters. He is an active member of Warsaw Hackerspace and “Oaza” Catholic movement. In his free time (not much of it) he flies sailplanes and is an amateur photographer.

Rafał is a long-time security engineer specializing in reverse engineering, software security, trusted computing, and other system-level topics. His past endeavors include developing the Qubes Windows Tools, designing and implementing transparent file encryption feature using the Intel SGX technology for the Graphene project, in which he is a member of the management team, and creating a trusted provider for the Golem client using the SGX technology and other proof-of-concept SGX projects like Trustless Voting Protocol. He holds a master’s degree in software engineering from Bialystok University of Technology. In Wildland he is responsible for general maintenance with a focus on lower-level issues like memory leaks. 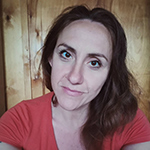 Iwona is Wildland’s Office Manager. She has a background in accounting and is an experienced event organizer and volunteer coordinator. She supports the Wildland core team in everyday operations and ensures organizational effectiveness and efficiency. 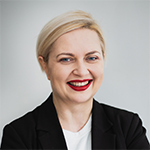 Dobrusia is the Head of Strategy at All Hands Agency. She has many years of experience in building organization strategies and communication campaigns, creating missions and visions, and effective organizational structures. In Wildland she is responsible for public communication. 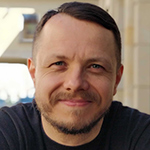 Włodek is a former academic lawyer and lecturer in law and management studies. After spending more than 15 years in academia he served as the Head of Policy in Anima International and Open Cages Poland, where he coordinated several successful international social campaigns. He holds a Ph.D. in Law, with a specialization in Privacy Law and Legal Informatics. He is responsible for Wildland’s external communication.